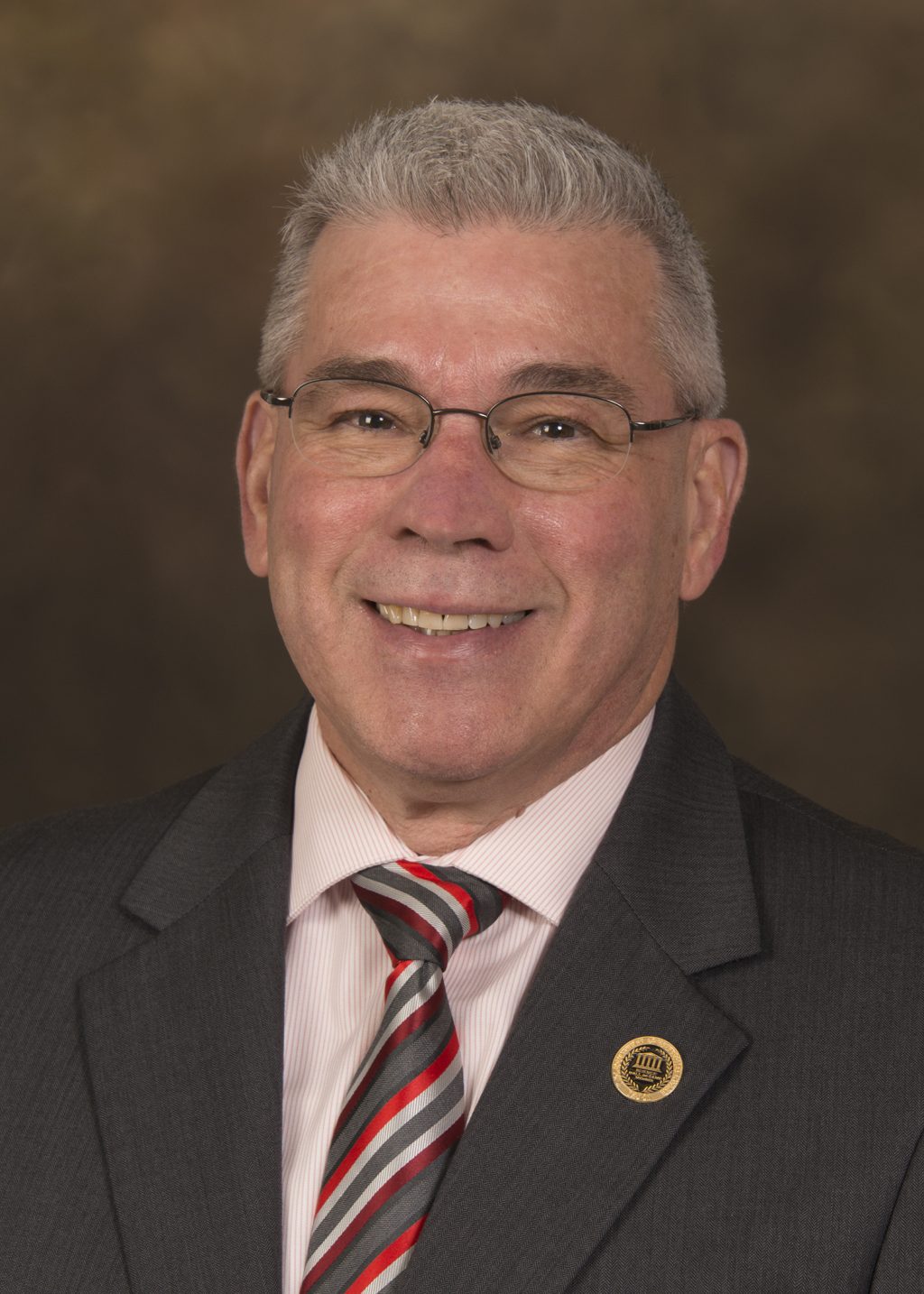 Dr. Jerry Hatfield is a crop consultant and the retired director of the USDA- ARS Laboratory for Agriculture and the Environment. When it comes to outstanding, distinguished service efforts in science and education, he has devoted a lifetime to raising the bar on soil and water conservation research and education–and linking all components to a changing climate. With a background in agricultural climatology, Dr. Hatfield has focused his research on soil-plant-environment interactions and quantifying the effect of weather and climate on crop productivity. 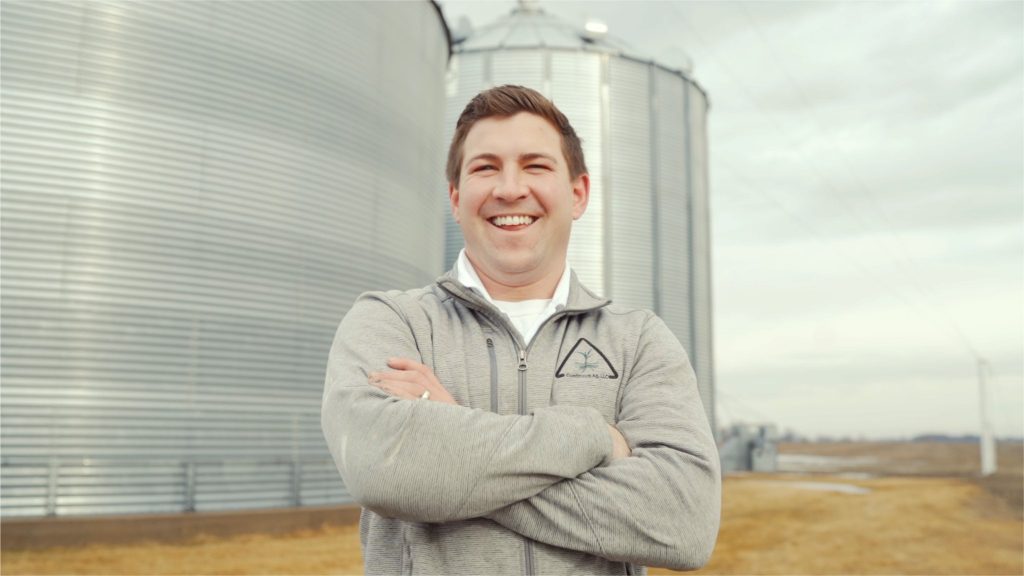 Mitchell Hora is a 7th generation farmer and entrepreneur from southeast Iowa.  In 2015, while studying agronomy and ag systems technology at Iowa State, Mitchell launched Continuum Ag.  Today, the company has grown to house the largest private soil health dataset and has amassed a footprint of over 40 states and 16 countries.  The company completed the AgLaunch Accelerator program, Plug and Play, and the Goldman Sachs 10,000 Small Businesses program.

Hora attributes much of his company’s success to his on-farm experience.  After graduating from college, he purchased a farm to add to his family’s 150-year-old Iowa operation. The Hora family implements a wide array of conservation practices including diverse cover crops, relay cropping, diverse cropping systems, no-till, and conduct a wide array of data-driven trials.  For their efforts, Mitchell and his father, Brian, have been named to the “Soil Health Champions” list from the National Association of Conservation Districts.  Continuum Ag is a member of the Iowa Ag Water Alliance, and Hora sits on his county farm bureau board and is on the carbon working group with the Climate Action Reserve.  He has also participated in measuring carbon workshops hosted by the White House Office for Climate Policy.

To further the sustainable ag effort, Hora co-hosts a conservation-focused podcast, Field Work, which is produced by American Public Media.  The podcast has reached over 1,000,000 downloads in its first three seasons on the air.

Continuum Ag won 4th runner-up in the Cisco Global Problem Solver Challenge.  Hora has been named to the Forbes Under 30 List, the AgGrad 30 Under 30 list, and was voted the “Rising Star” by his peers in the Amplify Network at Brookside Labs.  From the beginning, he has focused on helping farmers improve their holistic management system, focusing on both soil and economic resiliency. His life mission is to be a catalyst for regenerative relationships and a shepherd for God’s creation. 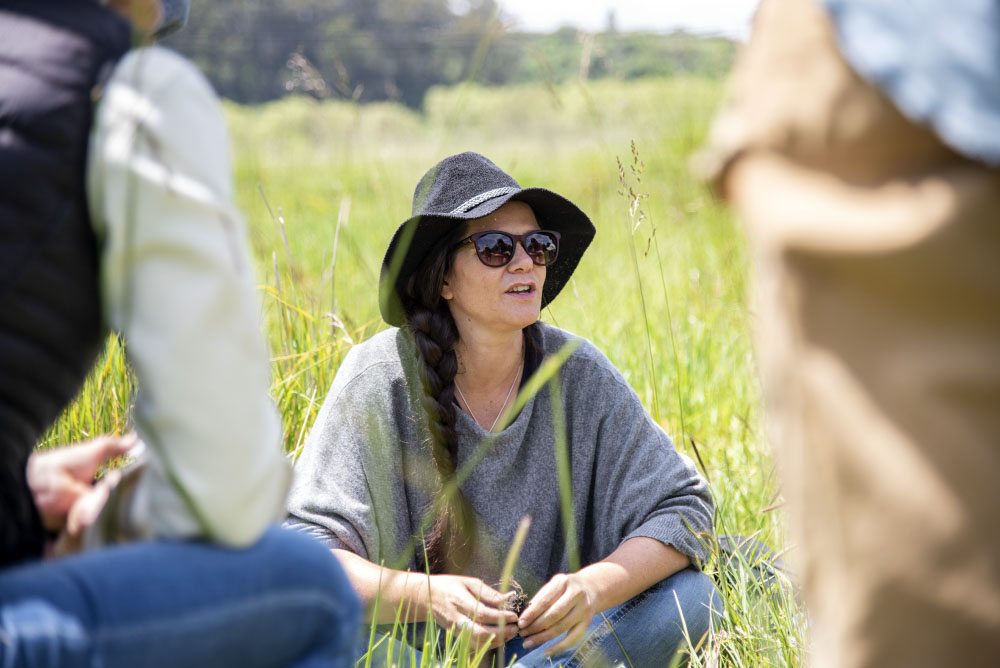 Nicole Masters is an agro-ecologist, educator and systems thinker with nearly 20 years of extensive practical and theoretical experience in regenerative land practices. She has been communicating these methods throughout Australasia since 2003 and North America (2013); helping to inspire and guide producers into new and innovative ways to produce food.

Masters has a large commitment to finding win-win solutions for both the wellbeing of landscapes and land managers. As a seasoned soils coach, she has a proven record in supporting producers in meeting their goals. With over 1.2 million acres under her programs, she excels at identifying and solving challenges through proactive management.

Her passion for fostering the growth of these farming practices calls upon diverse skills in facilitation, conflict resolution, an understanding of behavioral change and science communication.

With soil as a major driver for ecosystem health, she has worked closely with diverse production sectors from; dairy, sheep & beef, viticulture, compost, nurseries, market gardens, racing studs, lifestyle blocks to large-scale cropping. Working with such diverse clients has fostered a broad knowledge and understanding of the challenges facing different production systems. Nicole Masters has devised and delivered educational programs for a wide range of organizations; consultants, businesses, landcare and extension services. 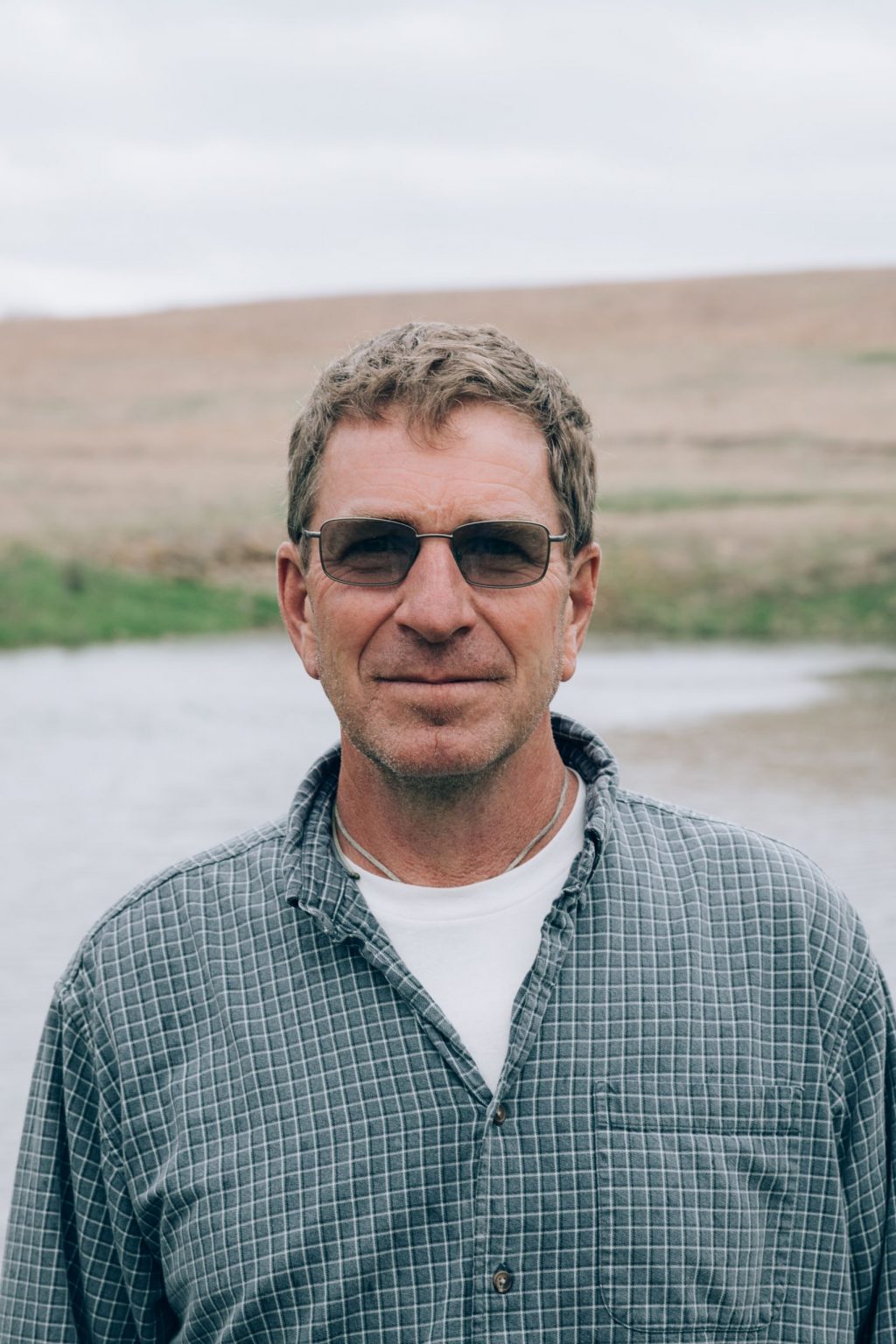 Gail Fuller co-owns and operates Circle 7 by Fuller Farms with his partner, Lynnette Miller. Emphasizing soil health practices to convert sunlight and water into meat and grain, Circle 7 offers grass-finished beef and lamb, pastured pork and chicken along with eggs to customers at farmers markets, CSA’s and urban communities like Wichita and Kansas City, Kansas. On site, they host an on-farm Airbnb, Harvest Host, and HipCamp reservations for guests to view the majestic Flint Hills in Kansas while experiencing life on a working regenerative farm.

Fuller’s life journey has taken him on a path from a 3200-acre conventional corn/ soybean farm to a 162-acre food farm that grows multiple species of livestock and literally dozens of different grains, fruit, nut, and vegetable crops (regenerative). Along the way, he has learned the value of healthy ecosystems to both his farming operation as well as his own health. Fuller puts emphasis on principles, not practices and thinks farming should be about (re)growing communities. Fuller believes we need to be growing our food in systems designed to live thrive according to nature’s principles.

Gail Fuller is also the co-founder and executive board member of Great Plains Regeneration and board member of Ecdysis Foundation with missions to develop and enhance soil health education for the widespread adoption of regenerative agriculture. He hosts Fuller Field School in Kansas which explores in-depth ecosystem regeneration, both above and below ground, which creates a positive impact on restoring soil health and local communities. 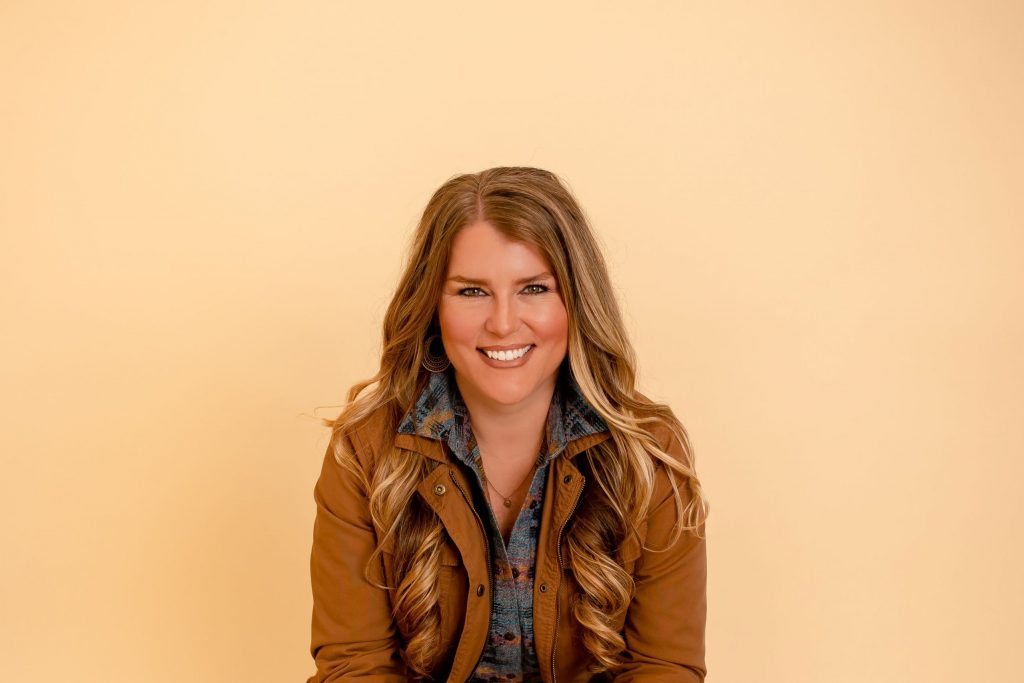 Christie Apple, also known as CropScout Christie on social media platforms, has been serving the agricultural community for the past 13 years. Leaning deeply on her customer service and communication skills, she’s built her reputation as being an ag sales powerhouse with a heart to educate and engage folks both inside and outside of the agricultural universe.

Although in her formative years, she predominantly worked with a traditional row crop region, she has widely expanded her consultative role into vineyards, orchards, hemp, and numerous other specialty crop scenarios. Having a particular interest in soil health since day 1 in the industry, Apple has expanded her agronomic expertise and coaching to farms as they set out on their journey to transition their farming operations to regenerative or organic practices.

She’s been engaging the public via social media for years sharing her adventures, and agronomy tidbits in the hopes of inspiring, educating and bringing light to other ways to farm. The past few years, she has also begun coaching and mentoring blossoming agronomists along their way to success, uncovering areas of professional development and emotional support for women looking to build a fulfilling career in ag. Through her social media engagement, and mentoring, Christie has made it her mission to leverage her reach to encourage women to not just enter ag field, but to stay! 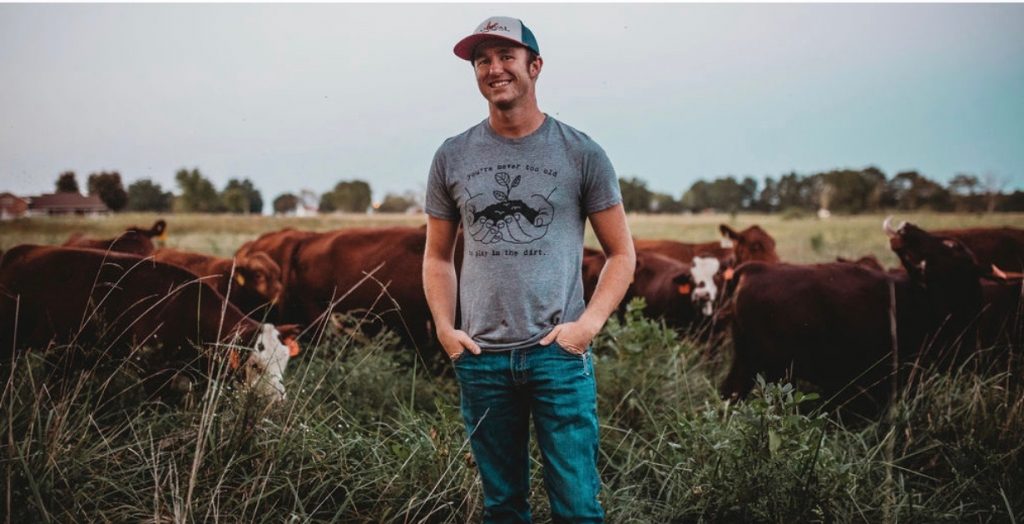 Macauley Kincaid is a 26-year-old regenerative farmer. His operation consists of 500 acres of row crops and pasture. Kincaid embraces all the soil health principles on his operation. He truly believes self-education and dedication are important to making a farm function accordingly and profitably. Kincaid’s motto is “It’s not about what you make, it’s about what you save.” 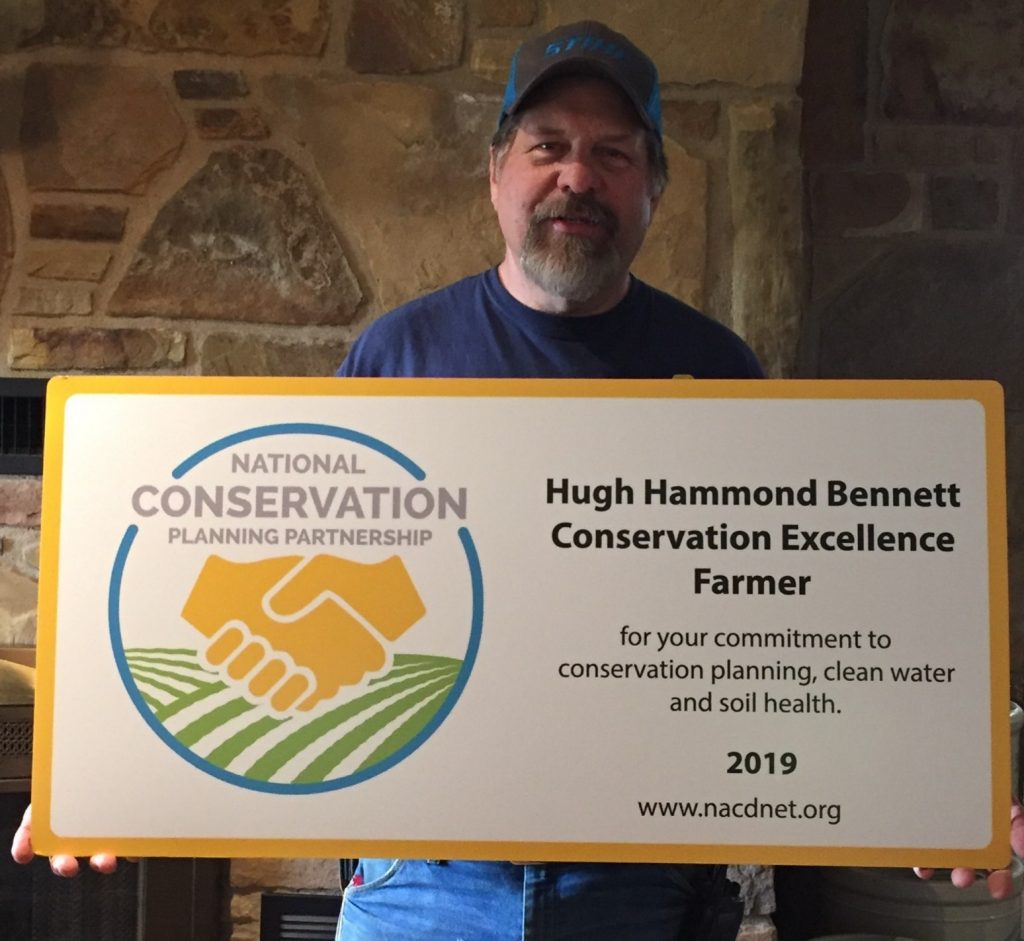 For nearly three decades, awareness of soil health and of implementing conservation practices to encourage healthier soil have been promoted at both the local and the state level by Rod Vorhees.  Vorhees is the chairman of the Wilson County Conservation District, and he serves as the chairman of the Kansas Department of Agriculture’s State Conservation Commission (SCC). He has provided leadership, and first-hand knowledge of working on the land, during sessions with soil carbon organization representatives and through contact with soil health organizations at forage plots and land health monitoring locations.  Rod Vorhees’ family’s ranching operation, Lazy VJ Farms, located near Coyville, was recognized with the 2017 Kansas Leopold Conservation Award. 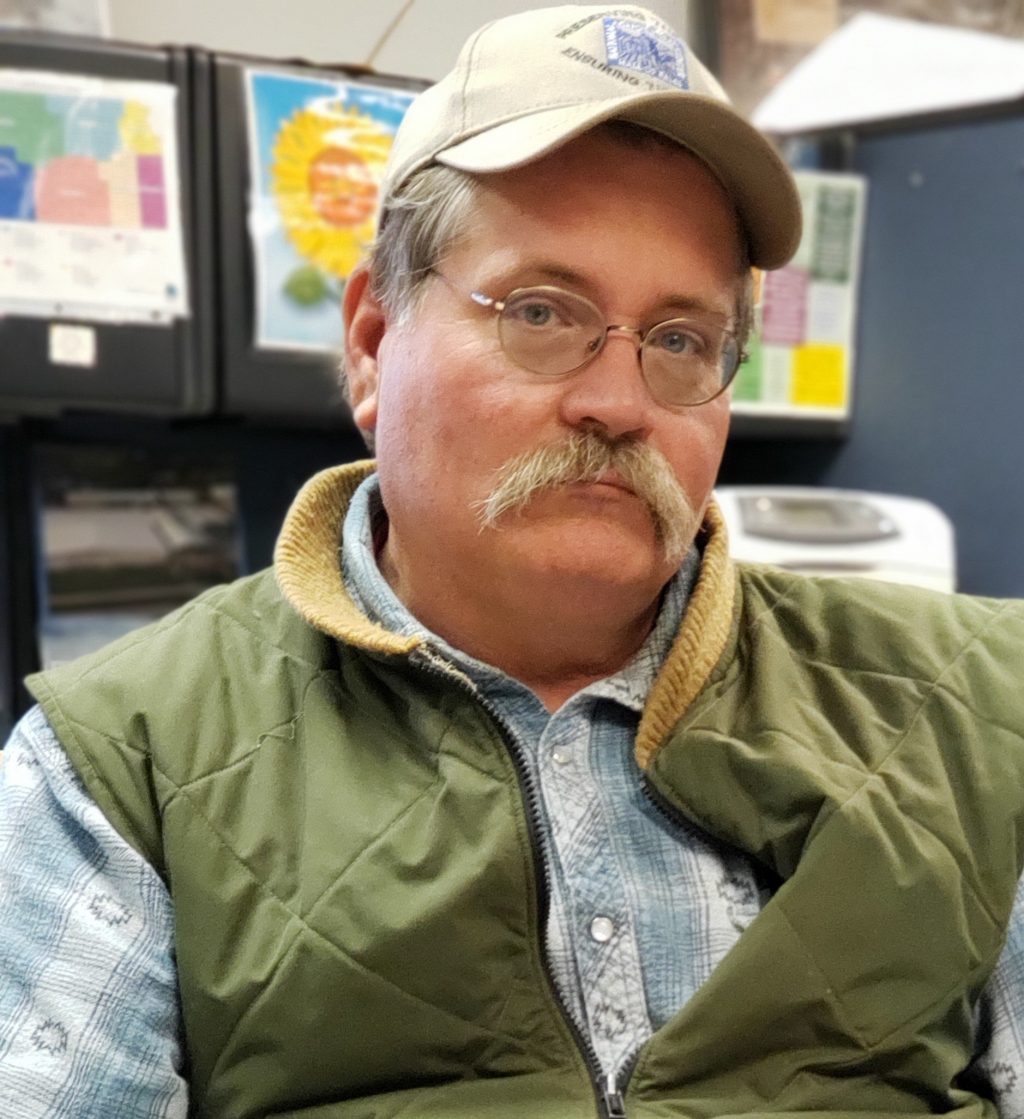 A native of Fredonia, Kansas, Daryl Donohue serves as treasurer of the Wilson County Conservation District Board of Supervisors.  He serves as Kansas Association of Conservation Districts (KACD) Area V Director.  Donohue is a rancher in northern Wilson County, Kansas, and he has been utilizing growing season burns, or “summer” burns, as a management practice for about many years.  He actively promotes the use of prescribed burning to prevent cedar tree encroachment and to assist landowners and producers in recovering land invaded by cedar trees and, while doing so, encouraging native grasses and forbs to repopulate and thrive 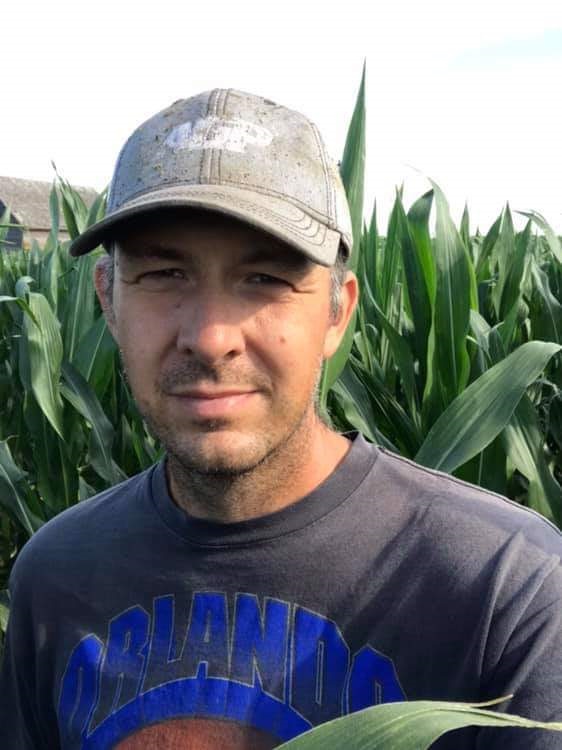 Michael Thompson farms in partnership as Thompson Farm & Ranch, LLC with his brother, Brian, and father, Richard. The operation is located in Northeast Norton County near Almena, Kan. They grow corn, soybeans, wheat and also manage a cow/calf beef herd that rotationally grazes on native range and diverse cover crops. The operation is 100% no-till with a focus on increasing biology, soil cover, water holding capacity and carbon levels of the soils they manage. Over the last several years, Thompson Farm & Ranch has been below its normal precipitation but still has been able to produce good yields in grain crops while providing enough forage for the cattle herd. The change in land management on Thompson Farm & Ranch has made a difference in surviving  years of less than normal rainfall. 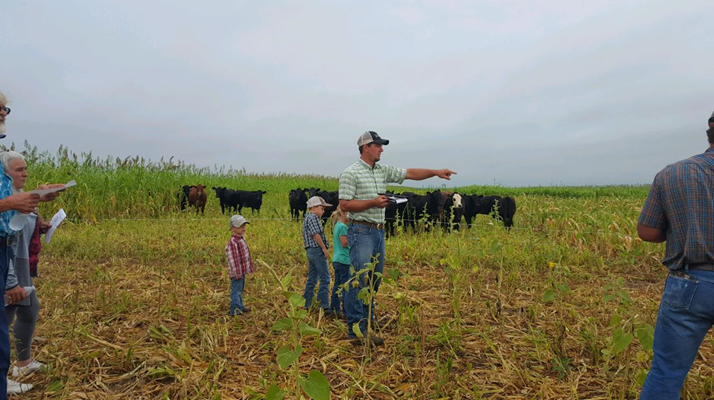 Chad Basinger is a farmer and rancher from Pretty Prairie. He has worked with the Conservation District, NRCS and the Cheney Lake Watershed on multiple projects over the years to make conservation improvements. Basinger is a consistent voice for sustainable agriculture, whether supporting programs and good land stewardship locally or traveling to Washington D.C. to advocate to our lawmakers.  Alongside his wife, Cassondra, he owns Basinger Land & Cattle.  They grow wheat, soybeans and grain sorghum and manage a cow-calf herd and background and finish calves. Basinger and his wife have 4 children and are actively involved in their community and  their church. 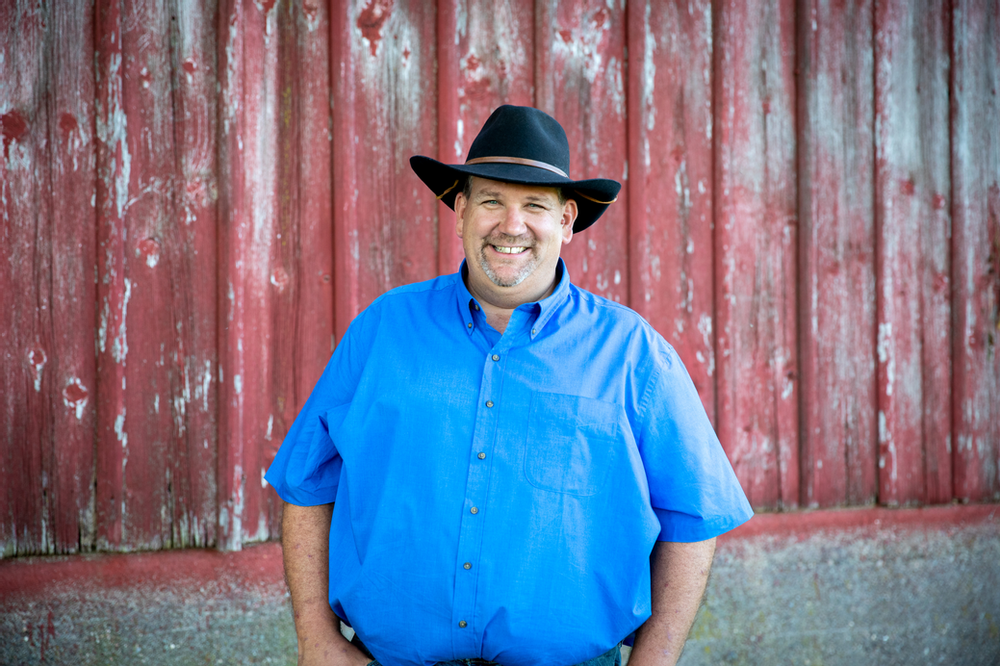 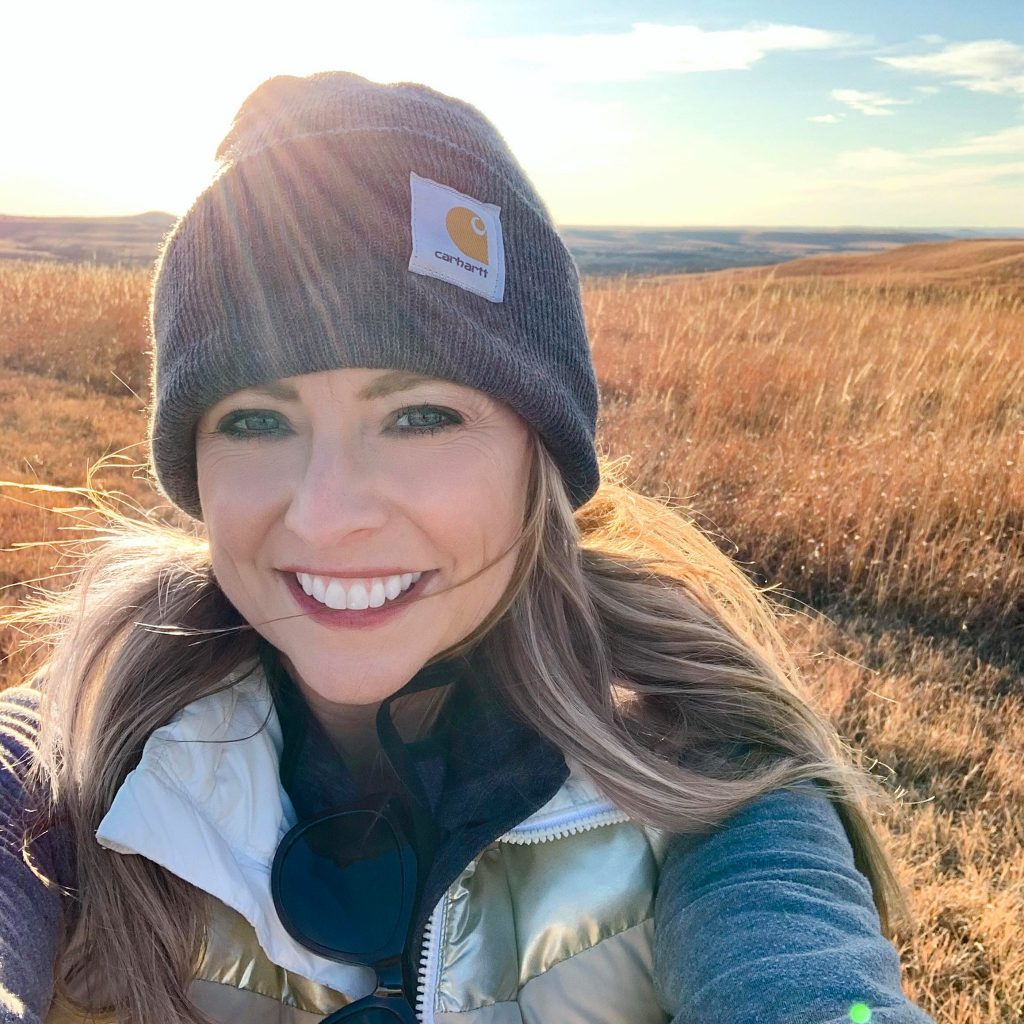 Currently hailing from Manhattan, Kansas, Jess Gnad’s path in soil health started with a curiosity about healthy food options in rural communities. A dedicated soil health advocate with more than a decade of experience in the food, finance, and farming industries. Combining deep industry knowledge with experience to help guide campaign development, product launches, and content strategy for news media publications and event planning. Excelling in leadership, fundraising, and building infrastructure to launch a local food movement and farmers market as a community champion. Jess is the executive director and co-founder of Great Plains Regeneration and is a leader in her community with a Bachelor of Science – BS focused in Social Sciences of Diversity from Kansas State University.